Ukraine emergency: Helping the innocent families uprooted by this crisis

On the 24th of February, Russian troops invaded Ukraine. Together, we’ve made supporting the innocent families uprooted by this crisis a priority ever since.

The war in Ukraine has created the fastest growing refugee crisis since World War II. More than 13 million Ukrainians are reported to have fled their homes, with over five million refugees who have left for neighbouring countries and eight million people displaced inside the war-torn country itself.

In May, the latest figures from UNHCR showed that the Ukraine crisis has contributed to a grim new global milestone, with more than 100 million people now displaced from their homes – more than ever recorded before.

This time of division can feel overwhelming, but amidst the chaos, we’ve seen the global community come together for Ukrainians forced to flee their home.

Here in Australia, Act for Peace partnered with other leading international aid charities, the ABC and the Federal Government in a combined effort to support Ukrainian families, through the first ever joint Emergency Action Alliance (EAA) appeal.

As part of this new initiative, modelled on other successful coalitions around the world, we partnered with 14 Australian-based member charities – including Oxfam, Save the Children Australia, Caritas Australia and Australia for UNHCR – to create a single, simple way for Australians to donate to the relief effort, and to ensure those funds are used effectively on the ground.

The coalition has so far raised $28 million in total, of which, together, Act for Peace staff and supporters have raised more than $1 million to send to our ACT Alliance partner on the ground, Hungarian Interchurch Aid (HIA).

In the first three months of the crisis, HIA was able to reach 102,590 people, providing them with emergency access to basic food and non-food items, information, shelter, hygiene and health support, protection, and links to transportation services.

How we’ve been helping our local partner in Hungary

Together, we have been standing alongside Ukrainian families, providing them with the practical and emotional support they need, showing them that they are not alone.

In an update at the end of May, HIA’s Response Director Giuliano Stochino told us: “The difficulty for people is to accept aid. We’re talking about an extremely proud society. And our main task is to provide help in the most dignified way possible.”

HIA has implemented a cash program which gives displaced people a monthly fixed amount they can spend on what they need most. Similarly, HIA provides local shelters and small organisations with grants to give them the flexibility to buy what they need – from food to washing machines – for the people they’re housing.

As the crisis continues, people’s needs are changing. HIA is now working on a program for people returning to liberated areas, such as Kyiv, to help them return as safely as possible. HIA is also setting up child wellbeing centres to help families manage the trauma they’ve experienced. These community-based centres will bring displaced people and host communities together by focusing on simple activities, such as football or childcare, as well as therapy for children and their caregivers.

Guiliano added: “I think that in the coming months people might be getting, let’s say, bored with the situation in Ukraine. And what the people in Australia can really help with is to not stop talking about it. This should not be a forgotten crisis. I cannot emphasise enough how important it is to work together. [This] really is an amazing opportunity for all of us around the world to come together as one.” 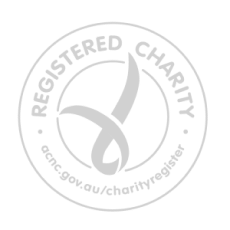